Dancing The Vision Within

Dancing The Vision Within

This course will combine dance technique, movement vocabulary, choreography, improvisation, dancing the parables, and dances of the supernatural with kingdom principles of leadership. The student will focus on learning styles and developing lesson plans all while identifying and developing the vision within. From jazz dance to urban contemporary, the student will learn how to incorporate different genres of dance and construct a dance class with the goal and purpose of kingdom advancement. 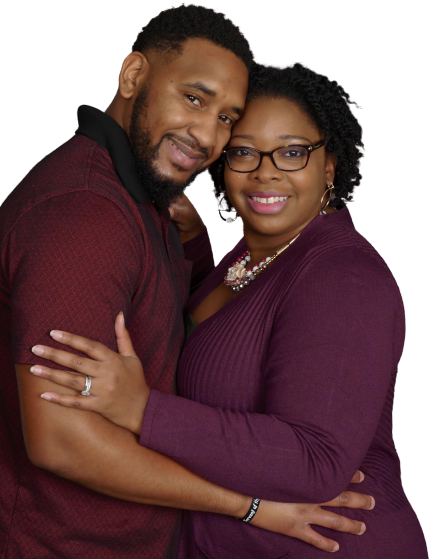 Kyle Little is a native of Jersey City, NJ.  In 2000, he initiated his artistic course after being awarded a dance scholarship to study at The Hudson Repertory Theater, under the tutorleige of Minister Frederick Moore.  During these years he studied ballet, jazz, modern, african, hip-hop, and tap dance techniques.  Mr. Little was also fortunate to have opportunities to study at the Ailey School and Broadway Dance Center, choreograph with Mr. Moore’s dance repertorie, and with choreographers such as Amanda Standard, Thera Ward, Eyesha Marable, David & Marcia Weekes, Jennifer Armstrong, and Carl Brister. These opportunities in ministry led him to travel both nationally and internationally.

After completing five years of study within the dance company, Mr. Little continued his studies in ministry with The Eagles Network (T.E.N.). He continued his studies by enrolling in The Eagles International Dance Institute and received his license in dance ministry in 2011 under the instruction of Dr. Pamela Hardy. Later, he and his wife began a non-profit organization called Another Christian Dance Ministries, where the Lord opened doors to teach dance locally and host summer dance intensives in both Belize and Africa. Mr. Little has taught several dance classes and workshops and continues to serve in ministry. In 2018 he was appointed as the Dance Year 2 co-instructor for the Eagles International Dance Institute. He continues to use his gifts serving in ministry as Youth Pastor at the Ark Church, and vocally under the direction of Fred Hammond.

April Little began dancing in 1997 and continued throughout her college years. She trained all forms of dance but presently enjoys modern, jazz and African dance techniques.  She began dance ministry in 2004 under the leadership of Frederick Moore. She continued dancing with him nationally and internationally for two years after.  In 2008, April took her love and passion for the Lord a step further by becoming a student of the Eagles International Training Institute for danceministers, under the direction of Dr. Pamela Hardy.  During her time in the institute, April relocated to a new church (Living Water Community Church) and became one of the dance ministry leaders of Victory Dance Ministry.  April graduated in 2009 and received her ministerial license in dance ministry and then moved on to teaching TEN (The Eagles Network) as PA’s and NY’s State Leader until 2011. In 2010, April graduated from the Eagles Leadership Training Institute and in 2011 graduatedfrom KAMT (Kingdom. Ambassadors. Ministerial. Track).  A few years later April became the co-leader of Glimpses of Heaven Youth Dance Ministry, under the direction of Dr. Tony  Evans.  Today, April is currently serving as the Adult Dance ministry leader at the Ark Church, co-instructor of EITI Dance Year 2 and Technique Center, and actively serves as President of her non-profit, Another Level Christian Dance Ministries.  Her goal to open several  Christian Performing Arts Schools (K-12).

PLEASE NOTE:  THERE ARE NO REFUNDS GIVEN FOR TUITON.  EACH STUDENT IS ALLOWED TO HAVE 2 YEARS TO COMPLETE THEIR CHOSEN COURSE.
AT THIS TIME, EITI IS LIMITED IN PROVIDING COMPLETE SERVICES TO THOSE WITH DISABILITIES. WE APOLOGIZE FOR ANY INCONVENIENCE THIS MAY CAUSE. WE ARE WORKING TOWARD BEING ABLE TO OFFER ALL COURSES TO THOSE WITH DISABILITIES. THANK YOU FOR YOUR PATIENCE.