The Eagles International Drama Institute (EIDI) is an eleven-month course in which you will learn all aspects and components that will assist you in developing effective and powerful dramatic productions while incorporating various other forms of Christian Arts Ministry. You will study both the biblical and practical side of dramatic arts to preach the Gospel of Jesus Christ.

You will also learn how to put on an entire dramatic productions effectively from script development, production, cast selection and individual stage presence development. By gaining a deeper understanding of biblical principles and evangelism using the ministry of arts, you will propel your drama ministry and congregation to a deeper level of Holiness in worship as the presence of the Lord is lifted up.

To give you one on one mentoring and guidance in such areas as: 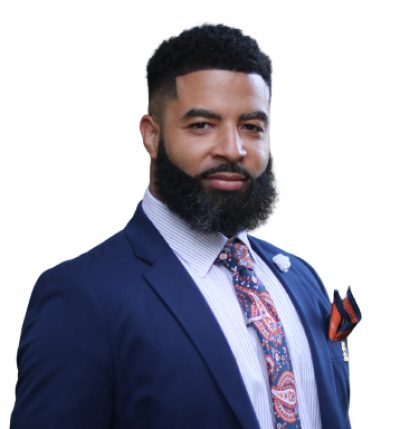 A native of Miami, Florida, Jonathan Davis has made Augusta, Georgia his home for the last 20 years. Active in the fields of business and commerce, Jonathan currently serves as Business Development Officer for SRP Federal Credit Union and is the Founder and CEO of Davis Consultants LLC. He is a proud member of Leadership Augusta and Omega Psi Phi Fraternity, Inc. He was also named one of the Top 10 in 10 Young Professionals to Watch of Augusta in 2016. Jonathan earned his Bachelor of Arts degree in Mass Communications with an emphasis in Broadcasting from Paine College. While at Paine, Jonathan minored in Drama and was very active in the Communications Department, Theatre Department, and choral program. His first foray into the fields of communications and ministry was as a radio host/personality for two gospel music stations serving the Augusta area. Utilizing his gift of gab, Jonathan was formerly a news reporter and fill-in anchor for NBC Augusta. This platform gave him the opportunity to be a voice of the people and to help inform the community.

Jonathan’s passion for the arts has led to consistent involvement in local community theater companies such as the Augusta Players, Augusta Junior Players, and others. He has performed in numerous productions, including Ragtime, Oliver, Sister Act, The Wiz, Black Nativity, Four Little Girls, and most recently a surprise musical production for the Master’s Golf Tournament Champions Dinner. Jonathan’s talents and education have opened many doors and have allowed him to speak and sing across the nation. He is known to give inspiring talks to audiences of all ages and backgrounds related to personal improvement, fulfillment in Christ, faith, and other meaningful topics.

Growing up Jonathan’s dreams were to become a famous Broadway actor and to land a recurring role on a soap opera. These dreams transformed throughout his career as he has taken on the vitally important roles of newscaster and minister of the gospel through dramatic arts and dance. Jonathan is a faithful member of Wholelife Ministries where he serves in various ministries including the praise team, prayer team, choir, men’s ministry, and various outreach programs.

“I see life as a grand production, each person has a role to play to make the show a success. We have a playbook to follow, but we get a chance to write our own script and to build/create our own character. We should make sure that as this production comes together, we keep the end in mind and work so that by the end we have done so well that even God and the angles want an encore.”

PLEASE NOTE:  THERE ARE NO REFUNDS GIVEN FOR TUITON.  EACH STUDENT IS ALLOWED TO HAVE 2 YEARS TO COMPLETE THEIR CHOSEN COURSE.
AT THIS TIME, EITI IS LIMITED IN PROVIDING COMPLETE SERVICES TO THOSE WITH DISABILITIES. WE APOLOGIZE FOR ANY INCONVENIENCE THIS MAY CAUSE. WE ARE WORKING TOWARD BEING ABLE TO OFFER ALL COURSES TO THOSE WITH DISABILITIES. THANK YOU FOR YOUR PATIENCE.